As you know at this point, Oxegen (“Europe’s Greatest Music Festival”) is happening this weekend in Punchestown.  There are some brilliant acts playing, from huge pop stars like Beyonce to hot new things like Odd Future, and of course, Amanda Brunker.  Who?  Amanda Brunker.  Yes.  Champagne Babes writing, Sunday World journalizing, couch selling Amanda Brunker.  She’ll be on the second biggest stage (The Vodafone Stage) on Saturday afternoon filling the stilettos of Jessie J.  Confused?  Me too.

Apparently Amanda has been working on some music “behind the scenes” and we can expect a set of “kicking dance music”.  Has your head exploded yet?  Mine has.

The reputation of Oxegen has been suffering over the last few years due to reports of vandalism and pissed up and obnoxious teenagers taking over, but the lineup has always been hard to argue with.  There has always been something for everyone, and I know I’m missing out on some great music by not going this weekend, but they are really not doing themselves any favours here in terms of credibility.  There are countless Irish bands who would kill for an opportunity to play at a festival of this size, and many of them deserve a slot like that.  Someone like The Cast of Cheers or Not Squares would be incredible in a slot like that, why not get them in?  While they may not be big names in mainstream Ireland, their energy would get the day started right, in a way that attendees would surely appreciate.  I mean, judging by the age bracket most attendees fall into these days, they won’t have a clue who Amanda is anyway.

I don’t want to be a massive downer on Amanda Brunker, maybe she is a brilliant musician, maybe she’s going to blow our minds with the music she’s recording…but surely someone has to prove themselves a bit before getting a slot on the second biggest stage at “Europe’s Greatest Music Festival”? 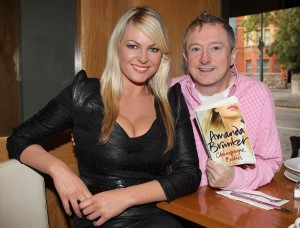