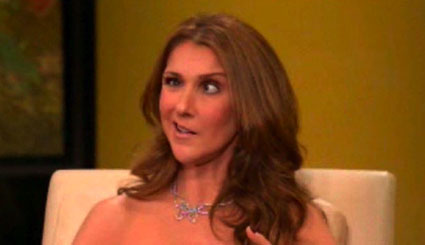 Celine Dion is a gas ticket.  She is.  She has more energy than any person I’ve ever encountered in real life and is more expressive with her face, voice and words than most I’ve encountered in unreal life.  Case in point:

However, it would appear she does not have a sense of humour.  Boo.  The owner of the Tumblr named “Ridiculous Pictures of Celine Dion” has had to shut the site down after Celine’s people got in touch threatening legal action. 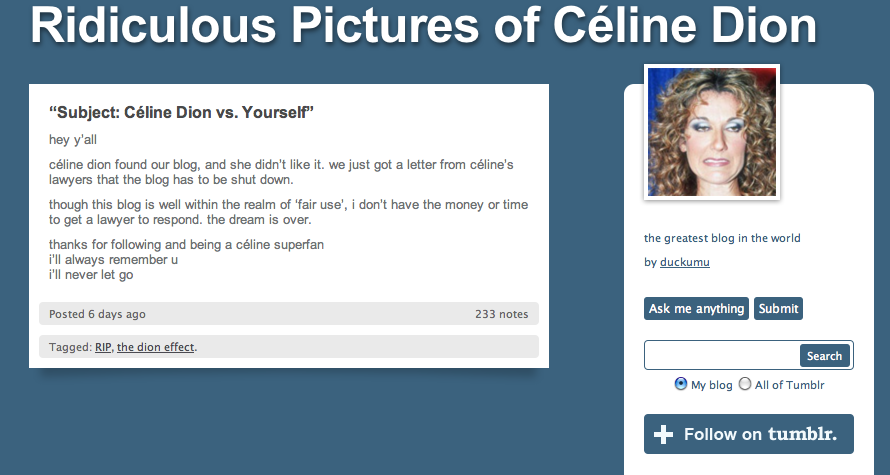 It’s such a shame, and completely pointless.  Now everyone knows she makes ridiculous faces and that she simply doesn’t have a sense of humour.